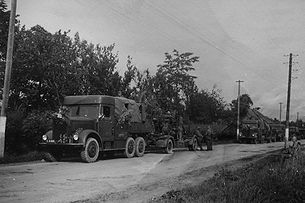 My cousin (4th cousin once removed) Josef Petr in Trojanovice – who is just as much into genealogy as I am – gave me some really great answers to some questions, which I am sharing (with permission).
The only problem is that his answers have sparked 10,000 more questions 😉

First of all, you should take into consideration that Czechoslovakia has been established at 1918 after 300 years of being under Austria (German). When again, the German danger raised, people were able to sacrifice a lot in order to preserve the state or to destroy the Nazi germans.

The betrayal prepared for us by our allies was very disappointing and till today, passionate discussions are running if we should try to defend ourselves or not. By this you maybe also better understand that it is not good idea to regulate the gun-holding-law here, especially not from the west 😉
Just how out-of-the-way of World War II were my ancestral mountain villages?
Trojanovice has been out of the main events of the war, however, due to terrain, guerrilla partisan started to operate very soon here. One of the former CS army general was from Horni Becva, he started with, but later other joined to do the sabotages and attacks on the infrastructure. One of the example could be raid on the police station on Zubri – they simply attacked it, captured their weapons and retreat 😀
My gg father, as hunter and gamekeeper, he owned two rifles. According to the law he should give them to Nazis, he refused and give them to partisans. He should also hide some wounded one, but this I was not able to verify (too many question marks).
Situation with partisan were so bad sometimes, so Nazis were doing counteractions. Most famous is Operation Tetrev. https://cs.wikipedia.org/wiki/Operace_Tetřev
Few bombs also fallen on the Frenstat (for example due to one we had a new cinema), but generally, no massive bombardment was experienced here. Which is strange, Tatra in Koprivnice was a ideal target.
Special chapter is Slovak national uprising. https://en.wikipedia.org/wiki/Slovak_National_Uprising 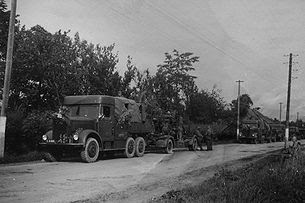 I know my ancestors drank. I know that my great great grandfather Bedrich Michna died of something related to alcoholism (another really excellent reason for me not to drink). How did alcoholism and excessive drinking affect my ancestors’ daily lives?
Everybody in Trojanovice is drinking, was drinking and will drink. Who say he don’t, he do twice a lot. Starting the 1900, lot of campaigns were done to prevent citizens from massive drinking, but this wasn’t so much welcomed. I would say the local situation was stable. People were drinking since the village has been established, also before, and also after the campaign plus minus same. But in other areas, (mainly rural like Ostrava or Vratimov), the situation was much worse. Also, some villages, where the situation was bad suffered by the drinking of the Pasturers, who piece by piece sold out their property and bankrupt, leaving the kids and wife to eat stones. Also, potato “alcohol” was popular and destroyed lot of lives.
They did not spend a lot of time showing how Eliška would not be accepted into Želary. It was briefly alluded to, and then she was *poof* immediately besties with the other women. I wonder how small village life and its gossiping and nosiness would have actually been like for a woman in this situation. Would she have made friends easily?
Strangers are sometimes not welcomed well, even today some people invest so much effort to gossips rather than do their business. Same like today, it was important the first sight – if well dressed woman came into village, it wasn’t the best first step. Sounds creepy, but at that time even the priests had to ask for quieting these rumors and gossips. To be honest, this part has so small time budget, because it is easy to understand for Czech people and it wasn’t necessary to explain details – which is sad.
Rape. There was a lot of it in this movie. How common was it, and how were victims perceived/treated?
Situation of the rape victims is complicated even today in Czech. Still, not small percentage of the people thinks that it is fault of the woman (which is terrible opinion). Yes, we’ve improved from the 1600’s (… a whore died and her bastard son died next day, thanks to God…)
but still there is a room for improvement. One of my colleague in my previous job was raped by the high-manager. Do you think he or she was fired? She. By this you can see how far we’re from real civilization.
Regarding the Red Army, everybody was awaiting they’ll come to liberate us and most of the people simply cannot wait. Overall thinking was that nothing can be worse than Nazis. People were hardly understand general Vlasov and his army who were Soviet POs fighting on the side of Germans. But when Russians came, they’re very angry. For them, all the land to the west was Germany (technically it was and everywhere were German flags, banners, …). Nazi Germans caused them a lot of suffering, if they recognized other nations, for them they were “those who surrendered Germans, so helped them”. Who surrender was automatically betrayer for them. Did you know that Stalin refused to change his captured son for F. Paulus, captured at Stalingrad? He said: “I’ll not change lieutenant for marshal!”
From the memories of my grandfather I can confirm that Soviet soldiers were stealing watches or mirrors, bicycles and even the horses or tractors where available. My grandfather telling me that they’ve confiscated alarm clock to somebody. Later, when the alarm ringing, the soldier shoot into the rucksack with it, because he has no idea something like this existing. Also, who had water supply in his house, he was visited by soldiers who want to see that miracle.
The orphans were just kind of free to wander wherever they wanted. The one little girl seemed pretty pleased to do it, and her pastoral happiness seemed to be over glorified. It would have sucked to have been in her position. I guess that is what makes her such an obvious choice for a symbol if the Czech spirit of resilience in the face of huge obstacles.
Usually, the orphans were in bad situation, but by law, mayors were obliged to handle their situation, to secure them a spare family or to take care in general. Despite the mortality, there was very few of that cases. Situation that orphan is free to wander everywhere is not correct, based on what I was reading in the chronicles. Of course it was not cool to be an orphan.
I liked how the movie portrayed the Priest as “the good guy.” Too often, Priests are vilified. What would a priest back then have really been like?
Even the Priests are servants of God, they’re still humans. Very nice story is about the priest in Lidice, https://zpravy.aktualne.cz/domaci/lidicky-farar-odmitl-milost-muz-vytahl-svagrovou-na-kladce-z/r~1f0e0f86f78f11e68ad70025900fea04/?redirected=1496846249 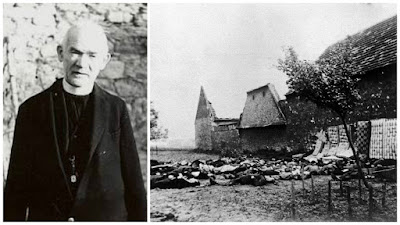 Also, priests were issuing the confirmations for the people in third reich they’re not related to Judes. I’m sure that in many cases they’re cheating to save the lives. Other priests were hiding the parachutists or providing the information, etc.

Within this topic is also important to remark pope Pius XII, who blessed the weapons to Nazi army – like this is said here in Czech. In fact, no one knows how it was. How was the pressure on the pope, what could be counteraction or if he really blessed (I would curse it, for example) that weapons. Today research are not so negative – he probably secured visa for many Jews who need to escape from Europe. The world is not black and white only and most of the persons aren’t 100% as well as not 100% good.
Life there seemed like a lot of backbreaking physical work. In the most beautiful place imaginable, though. How would my Czechs have felt to leave this place? They would have had complex feelings of longing to both return to their mountain and stay in Texas. How can I learn more about this?
I would say that for you could be some place nice, almost paradise, for other person could be boring and another person could be hell. My experience from Trojanovice is, that if somebody came for a while, he is so excited, he likes everything, but next day it is already known and next day some things can be annoying. So nice to have a snow, real WHITE snow on your garden. Yes, but that snow I have to remove from the causeway, I’m having troubles with transportation, etc. Or garden itself, so many people told me they would plant a potatoes, or tomatoes, but when realize how much work it means, they’re disappointed. Of course they rather go to Tesco and buy potatoes for funny price instead of planting them and take care about them. So I think it is similar with the people who were leaving to Texas from here. You can say – nice hills, but when you have to everyday go with your cows to that hill, it is not so cool. Their houses were so adorable, but it was cold at winter, hot at summer. There are always several points of view, and for them the situation was so crappy, so they believed anywhere else it will be better.
Yes, they left the heritage of their ancestors, but their ancestors also came from somewhere, probably due to troubles with something. The fact their parents lived here is not sticking them to the ground and it is good. Otherwise the mankind would still live in Africa caves 😉