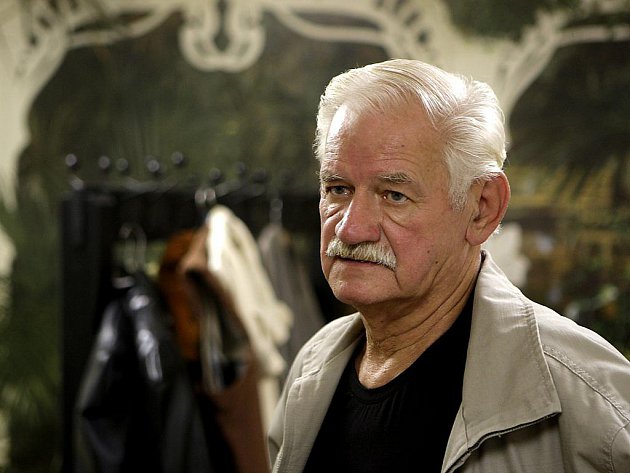 The legendary Jára Cimrman Theatre is in mourning this summer as actor Bořivoj
Penc died at age 82 on June 26, 2018. A member of the famous theatre group for 35
seasons, Penc performed in 13 of the 15 plays. He had known Zdeněk Svěrák, the
co-founder of the theatre and co-author of the plays, since first grade and had often
played puppet theatre with him. Penc worked as a toolmaker before he made his
acting debut in Mute Bobeš during 1983.

The Jára Cimrman Theatre is unlike any other in the country. It is based on the
fictitious character of Jára Cimrman, an unlucky man of all trades who lived during
the Austro-Hungarian Empire, when the Czech lands were going through a period
of strict Germanization. Cimrman was an inventor, playwright, poet, philosopher,
traveler, dentist, gynecologist, criminologist and composer, for instance. His
accomplishments went unnoticed until 1966, when his posthumous papers and
almost featureless bust were revealed in a cottage in the Jizera valley. Even though
Cimrman is not real, he was chosen The Greatest Czech in a survey during 2005.
To be sure, it is not a theatre where actors come and go. Once a member, the actors
stay there for life.

Penc greatly contributed to the success of the theatre, whose performances sell out
online in a matter of minutes every month. He was known for his role as Doctor
Vypich in The Stand-In, when he played a character who helps Vlasta’s mother
change her will. It turns out that he is the father of Vlasta, a man who has spent his
life masquerading as a woman. The family secret is revealed with top-notch acting
and witty, hilarious dialogue.

In Conquest of the North Pole, Penc played the leader of the Czech expedition that
experiences setbacks and gets lost while trying to reach their destination, but they
are finally successful. The explorers do not make their accomplishment public
because they do not want Austro-Hungary to get the credit.

He was also a key performer in Africa. Penc played Ludwig von Úvaly u Prahy,
who sets off with fellow travelers in a hot-air balloon to Africa, where the group
tries to make friends with the natives who are cannibals.

Penc even made a name for himself as a singer in the hilarious opera Cimrman in
the Paradise of Music. He played the Indian plantation owner, Krišna, who is
frustrated that the German prisoner has been unable to get his machine to make
sugar. It turns out that a Czech engineer passing through fixes the machine so that it
makes Czech beer, and Krišna sings his enthusiasm for the tasty beverage. Penc
also performed a female role as a comical caretaker in the play Lijavec.

The theatre veteran also acted in movies. His first film role was in The Uncertain
Season, a satirical movie about the Jára Cimrman Theatre, shot during the
Communist era and written by Zdeněk Svěrák and Ladislav Smoljak. He also
appeared in Jan and Zdeněk Svěrák’s Elementary School, which was nominated for
an Oscar during 1991. He performed in Empties and The Three Brothers, both of
which were directed by Jan Svěrák and authored by Jan’s father. These two movies
were very well-received in the Czech film scene, too.

In Half a Century with Cimrman, a book celebrating the theatre’s 50 th anniversary,
each actor described a memory with the ensemble. Penc’s entry was titled “My
Worst Experience,” and in it he explained how, as a new member of the group, he
was asked to play “Poem” by Zdeněk Fibich on the harmonica after the last
performance of the season. Even though Penc knew how to play it well, he messed
up and was so embarrassed that he spent the next two hours alone in his car.

Penc was the kind of human being Cimrman would have appreciated and felt at
home with. How many actors can boast that fictitious characters in the plays they
perform – were they real – would be friends with them? Modesty can be difficult to
come by these days. Penc, as an actor and a man, truly embodied this quality.