Written by Kate Challis and Lukáš Svoboda who blogs here.

Your Czech ancestors almost certainly had some kind of contact with the village rychtář. Who was he, and what exactly did he do?

There is no simple equivalent translation into English, therefore it is often translated as judge, mayor, reeve, or bailiff.

Rychtář played an important role in the manorial administration until 1848. They were the last link in the chain of command in the village.

Rychtář were the head of their community, and also had authority by virtue of their association with the nobility. They were in charge of the village/municipality’s economy, and saw to it that the manorial lord’s rights were exercised, especially the robota and collecting cash taxes. Later, their duties included other tasks such as issuing tax levies, military related duties, and other tax obligations. Every Saturday, the rychtář of the estate met in the landlord’s office, where for, example, work was organized for the next week and important issues were addressed. Their tasks included counting cattle, organizing the robota, dealing with minor conflicts, border disputes, estimating the value of the property of the deceased (or proactive/conscientious) landlords.

All rychtář were themselves partially exempt from robota duties, as well as other levies. It really depended on the rychtář himself, whether he found an acceptable balance between the interests of the nobility and those of the people who actually lived there – and upon whose help he (the rychtář) relied.

He was responsible for executing the estate’s decisions, for assessing a property’s value for purchases/exchanges/inheritance purposes, and he was also endowed with minor judicial power. In a way, his was a precarious job. He was the middle man between the manorial lord/nobility and the peasants. The Burgmeister (konšel) was often the assistant to the rychtář.

The rychtař was often chosen by the nobility, mostly from among the ranks of the larger landowners of the village. Surely they must have taken into account the personal morals of the candidate, and his loyalty to the manorial lord. Often, the title of rychtář was “loosely” inherited within one family; it was still the manorial lord’s decision whether or not it would stay in the family. We see this in the Kačenových family in Radosice. If the rychtář was truly the right man for the job, then the everybody respected him, from the nobility, to the local villagers (those who were farm posessors), including those in the surrounding villages. As a result of his position of respect and esteem, he was often invited to stand as a witness in various official meetings and in the drafting of documents.  The badge of rychtářské power was so called “right of rychtář.”  This was a wooden cane braided with leather straps and adorned with shiny buttons, insignias of power and dignity.  It was given to him after he was sworn in by the landlord. This was a symbol of his power and authority.

Usually the rychtář lived on a property that was larger than the others in the town/village, perhaps by 2-3x. Often the rychtář had certain privileges, such as brewing and/or selling alcohol. To this day, many pubs in the Czech Republic have the word “rychtář” in them. 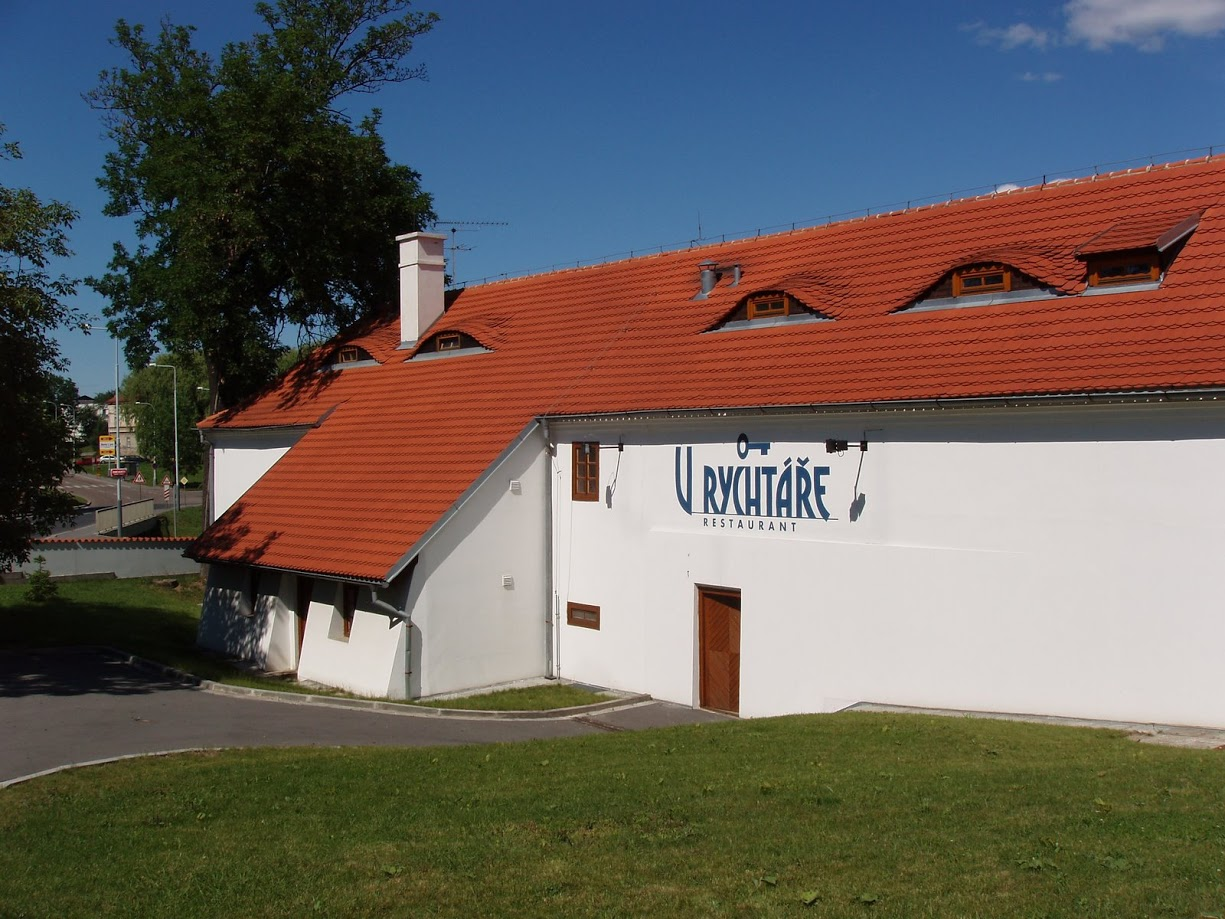 For example, this one in Ruzyně

Here we see an example illustrating how the village rychtář/Richter’s responsibility was to step in and solve minor disputes amongst villagers. Because his word was considered final, and respected as such, he was able to step in and resolve the issue of whether or not the shares of the inheritance had been paid. We see that in this 1702 inheritance dispute in Kout na Šumavě, a compromise was reached.

You never know; perhaps you will discover that your Czech ancestor was the rychtář. Wouldn’t that be an interesting discovery?