Indexes are awesome, but they are always a crutch, and as such, are only as good as the stuff they are made out of. If you were to use a crutch made out of glass, it might very easily break. Ouch.

All I’m saying is just be careful to also use your brain when you are using indexes.

Today while researching, I noticed that there were two children named Josef Robenek in the same family. One must have died young.

This child, Joseph Robenek, is clearly the twin of Johann.

But I could not find his death record in Václavovice between his birth in January 1847 and the birth of his younger brother, also named Josef, in 1859.

So, of course, I started to doubt the index. I looked through the entries manually from 1847-1859. I found four deaths of other siblings (by the way, these were missing from the index!), but none for Josef.

Then I remembered that at least one child of Josef Robenek named Josef must have survived, because I had already found his marriage to Francisca Adametz in 1874 in Michálkovice. Notice that it specifically says that he was born 30 January 1847.

Here is the birth of his younger brother in 1859:

And here is the younger brother Joseph’s death the same day:

I think it is highly improbable that the priest mistook a 12 year old for an infant.

So, yes, it actually is possible for Czechs to give two of their living children the same given name.

Why? Isn’t that a little bit like Dr. Seuss’s “Too Many Daves” poem? 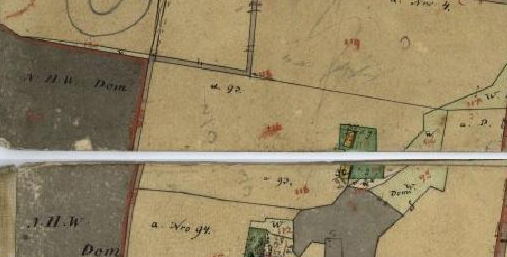 Personally, I think that it is most likely that the family knew the child would die. On his death record, it is recorded that he only lived for four hours.
Researching this family was very emotional for me, even though they are a distant branch on the Vašíček line, married to my second great aunt (one of two Vašíček daughters who stayed in Moravia instead of immigrating to Texas.) I want to start a sentence with, “I can’t imagine what it would be like to have 16 children on that tiny property…” but the truth is, that it is precisely because I can that I feel so emotional.
To end this post on a marginally less depressing note, here is the death of Theresia Robenková, who died 12 January 1888 of Altersschwäche (old age/senility).

If so, they got it wrong. She married him when she was 15 years old in on 27 July 1836. It seems like there are multiple discrepencies in the math here; maybe she would have been 67 years old, and married for 54 years. But those are trivial details; the point is that it was remarkable how long she had been married to her husband to the point that the clerk felt like writing it in the record. This is the first time I have seen something like that.

I wonder what it says about her character. I like to think that even though she endured so much tragedy, and lived to bury ten children, she lived a happy life with the man that she loved for half a century. It is probably reading too much into this note, but it does make me feel a little bit less sad.

2 thoughts on “Czechs never use the same given name for their children…except when they do.”