That is kind of a mouthful for the name of a letter. But it describes the precise phenomenon about which I am compelled to write. Mainly, because I was totally unable to find any other information on this subject elsewhere online.

How this came up: I was transcribing a record with my friend and colleague Lukáš and we kept disagreeing about how to transcribe this funny s/t letter.

I was still utterly convinced it was a weird spelling anomaly where sometimes the writer, for whatever reason, decided to add a “t” after an “s.”

He said there’s no way. It makes no sense.

It is totally obvious that the “t” is missing from the modern orthography, but hey, sometimes the old Czech writing includes random z’s after c’s to make it a “c.” So, I thought anything was possible. Spelling conventions are largely completely arbitrary.

It was only after poring through pages and pages of UČEBNICE ČTENÍ STARÝCH TEXTŮ nejen pro rodopisce that I realized that I had lost my argument.

Notice how this ess looks like two distinct and different letters.

Apparently a medial ess before a vowel could *sometimes* be written in a different style than other esses. It is really strange, and I don’t know if there is a specific name for it. But see for yourself: 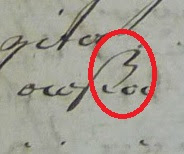 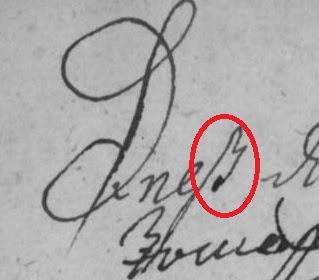 Notice in the above examples how there is a little squiggly line at the top of the arch when it is this funny medial “s.”

Notice here in a real example of “st” how the arch is completely smooth. 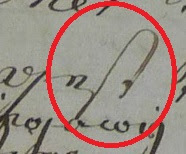 I do not know exactly if this should be transcribed as “ss” or just “s.” I think I will transcribe it as simply one single “s” because “ss” generally evolved into š, which this letter definitely 100% is not.

I think we’re just going to have to cut the author some slack and be forgiving here. It seems he made a mistake here with the squiggly line. It is definitely Šternbersken and not Šernbersken, even without a smooth arch.

It’s okay, at least he took the trouble to copy the record at all.

Also, I’ve tried to write with a dip pen, and it is much more difficult than it seems to do it consistently. And if I had to include all stuff I backspace and delete in the documents I write, they would be utterly illegible.