I knew where the groom was from. Mniší.

I wanted to learn more about the wife’s family. I guessed she was probably from a neighboring parish. I pulled up google maps and saw that a close town to them was Kopřivnice. 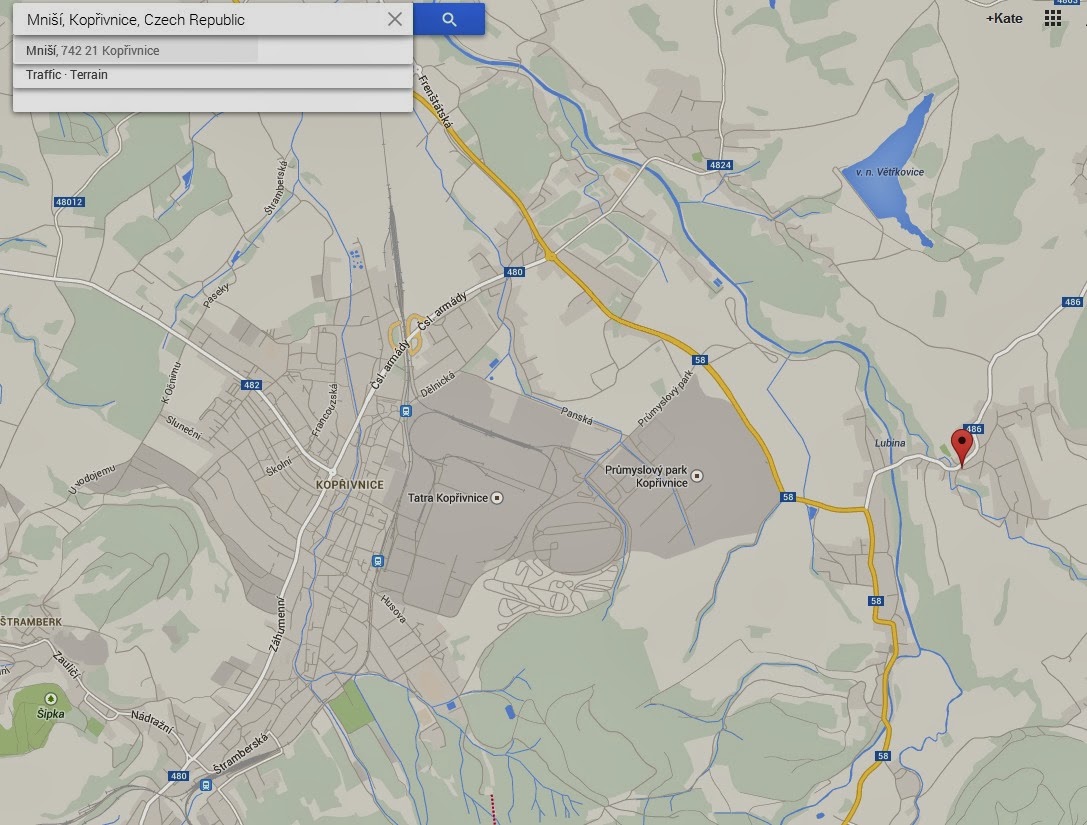 I decided to search those parish registers for their marriage. No luck.

I decided to look at historical map for ideas. An easy, easy, easy, easy, EASY way to do this is to go to mapy.cz, search for a village, click “změnit mapu” and then select “Historická.” This will give a basic historical map. It’s not as detailed as other cadastral maps, but it is great at giving you an overall aerial view of the Czech lands, it’s free, and it’s fast. 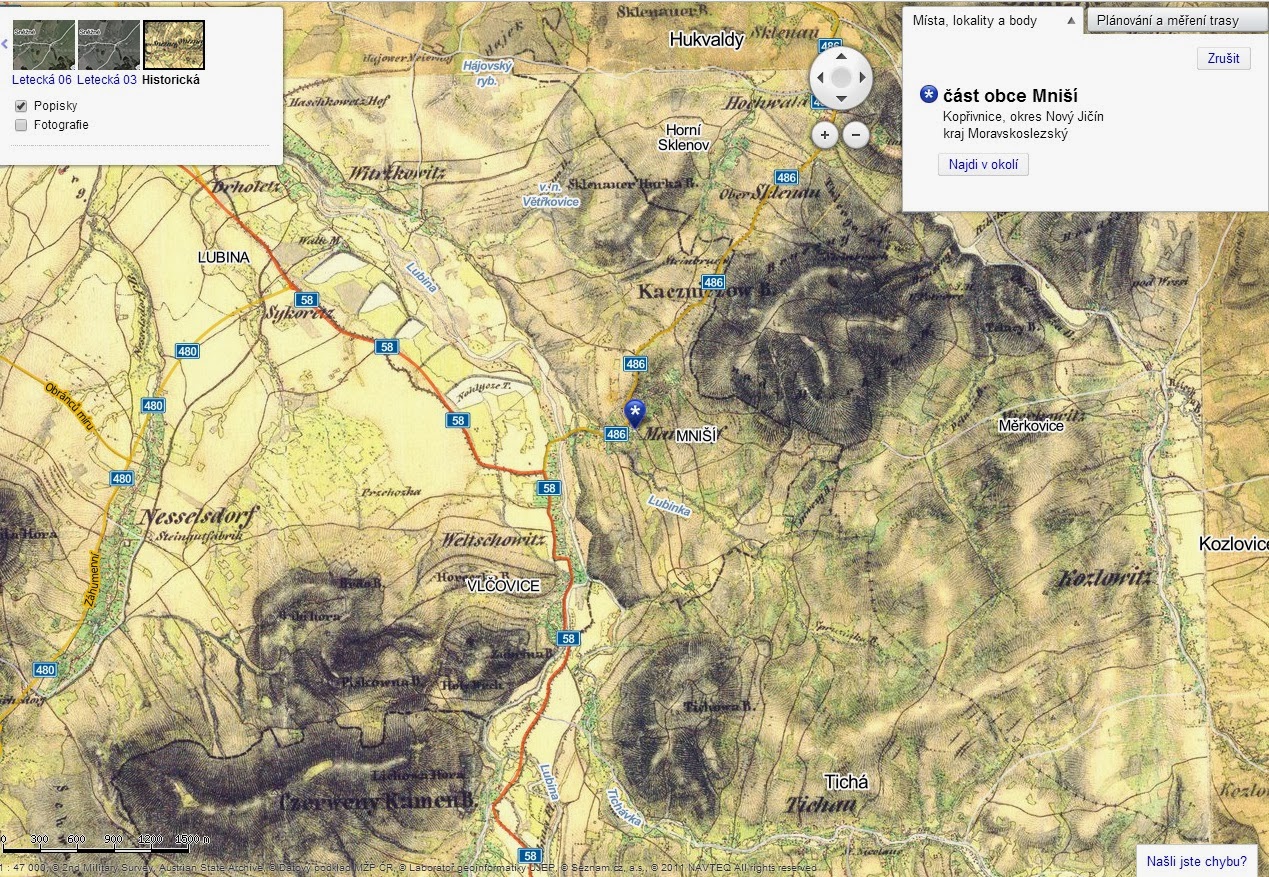 Doing this, it became clear that Nesselsdorf, probably the pre-Kopřivnice name of this place, was a lot further from Mniší than I had thought, and that Vlčovice, Tichá, and Lichnov were more probable candidates. I searched these parish registers.

I found the marriage record in Vlčovice. 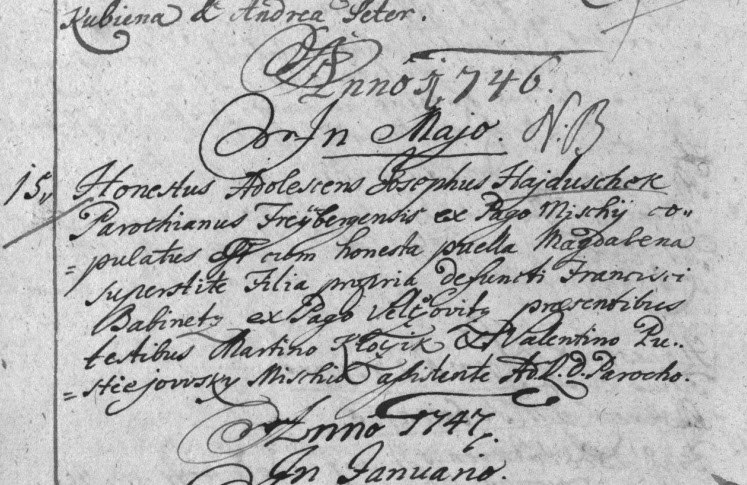 The best part? It identified the groom from Mniší. This was the right record!

Obviously, it would be best to get a TRULY contemporary map. I was searching for a record in the mid 1700’s. The historical maps on mapy.cz are circa 1830-1840, so a century later. But, as I said, they are easy to use, free, and fast. I needed a 275 year old map, but a 185 year old map was better than a current map at giving me an idea about what the landscape was like.

In hindsight, if I had zoomed in closer on my google maps search, I would have seen Vlčovice. Doh!