This post is about the surname “Kreczmarska”, otherwise known as Krečmar.

This is the spelling variation that was in the records my dad gave to me when I first started doing genealogy. This spelling is probably based off information found in the book, “A History of the Sumbera, Mozisek, and Kruppa families, Volume II.” This book was written by Carolyn Heinsohn, who is a director of the Fayette County Chapter of the Czech Heritage Society of Texas. She and her family have done a lot to help out the TCHCC.

Czech Parish Records were not very accessible at the time that this book was written. With so many records digitized and made available online, I was able to find some new information about our family and trace this family back a generation further than I had thought.

But I don’t want to blog about it because I want to use it as part of my BCG application! 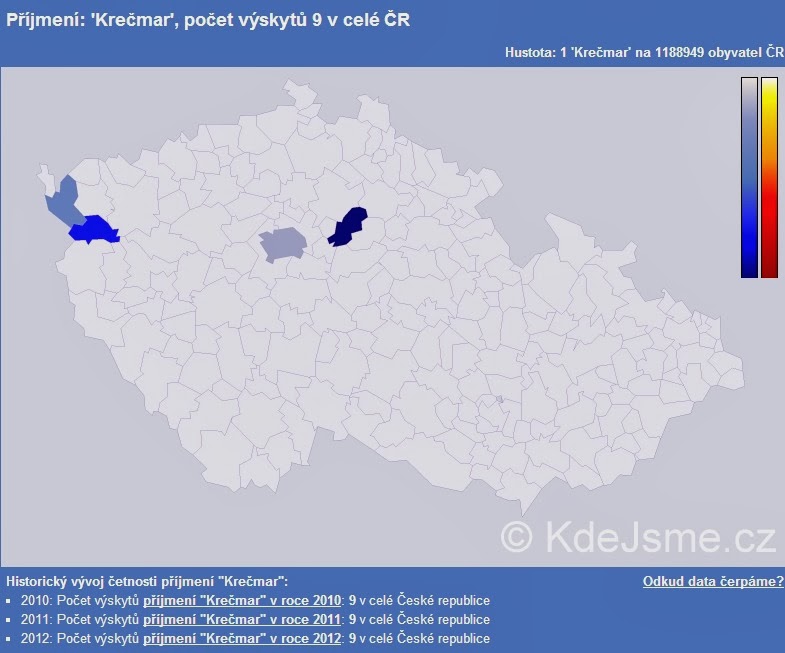 Compare this to where Anna Kreczmarska was born, in Nová Bělá, right outside of Ostrava. 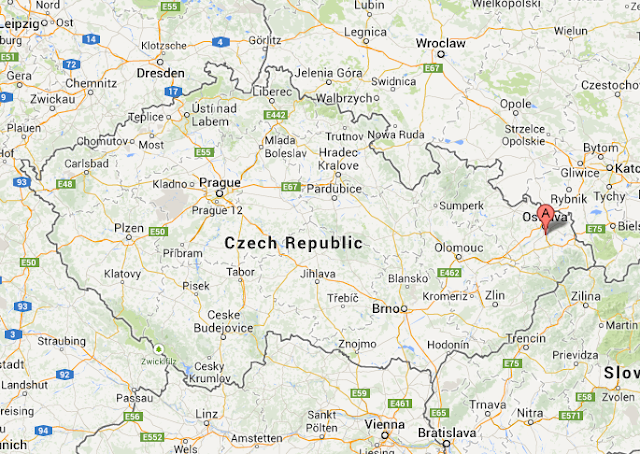 Either my line of Krečmar***s ended, migrated, or I’m getting the spelling wrong. I think it is most likely that that particular paternal line ended, but hmm.
I have spent the last two hours trying to relocate the Nová Bělá census records. They used to be online on the City Archive’s website, but it is all being transferred over to a new site called badatelna.ostrava.cz. More on that later. But I wish I could find the censuses again. Does anybody else know how to find them?