My brother found a discrepancy in a Texas death record and wanted for us to research it further. So we spent the afternoon together researching this ancillary Czech line of ours. How are they related to us?

Actually, to be honest, I am really not sure how I want to record Czech names in my database. There are good, logical arguments going many different ways, and this debate all centers on the question, “What makes up one’s identity?” But that is a post for a different day.

Marianna Vašíčková was the sister of my 2x great grandfather, Josef Jan Vašíček. The Vasicek family and all its complex intermarried lines are of great interest to me, because “Vasicek” is my maiden name.

Here is the death record my brother found: 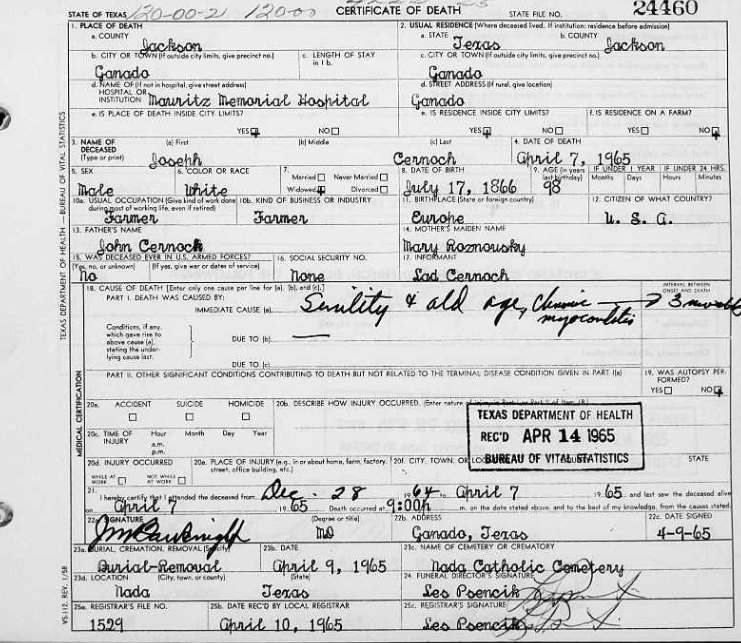 But according to familysearch, his mother was Barbara Petrová. 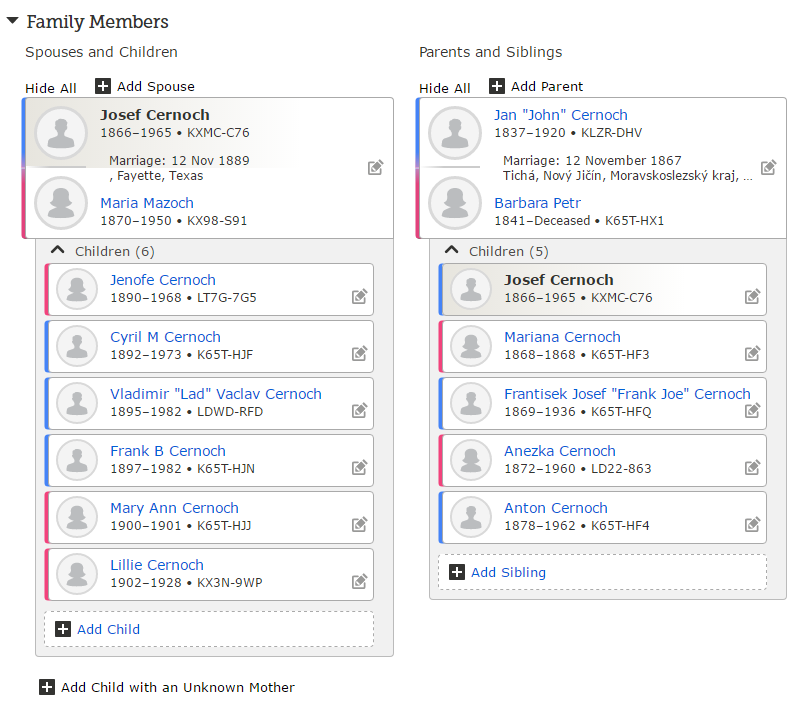 Actually, notice that Josef was the illegitimate daughter of Barbara Petrová, but later in 1870 he was legitimized.

My guess is that he was legitimized because the family was already planning on emigrating, and they needed his birth record in order to apply for his passport. But wow, that would be really far in advance; according to the 1900 census, the father immigrated in 1873. The parents Jan Černoch and Barbora Petrová were married on 12 November 1867 in Tichá. Why wait 3 years after the marriage to officially legitimize him?

So, it’s really weird that Josef Černoch is listed on the death record as being the son of “Mary Roznousky.” Until you realize that Jan Černoch married again to someone named Marianna. According to unsourced data in Familysearch, the marriage took place in Texas.

Well, there was no Catholic church in the Dubina area until 1885. I have a transcription of those “early” records (hey, it’s early for Texas – quit laughing, my Czech friends!)

On the 1880 census, for example, we get an interesting clue about the identity of his second wife, Marianna.

This record shows that Johann Chernoch was married to a Maria, and the following children were his:

Also living in the house were his father in law Johann Peter and his step-daughter Maria Peter (11).

Two confusing things:
His first wife was Barbara Petrová. So, was this Johann Peter his first wife’s father?
But then who is this step-daughter? He and his first wife had a daughter born 18 August 1868 named Marianna. Why would she be marked as a “step-daughter” with the surname Peter? Hmm.

Well…our current thinking is that Johann Černoch’s second wife was also named Petrová, and that she also had an illegitimate child Marianna born in Tichá the same year as Johann Černoch and Barbora Petrová’s Marianna, who probably died young. We think this because Johann Peter is definitely not Barbora Petrová’s father, but he is Marianna’s father. Maybe they were cousins.

I wish that I owned the other books written by Dr. Šimíček. I think there is a volume about Tichá emigrants, and it would probably illustrate this nicely.

I could not find Barbora’s death in Tichá. I guess she probably emigrated and died between 1873 and 1880. I do not think there are very many good sources for vital records for that period and place in Texas, unfortunately. Again, the nearest Catholic church was not built until 1885 or so…actually, according to a local history, church services were held on the Vašíček property before the church was built.

The findagrave entry for Jan Cernoch only references his marriage to Mary Peter. 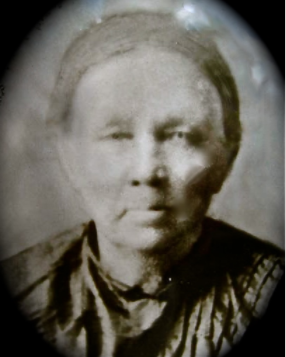 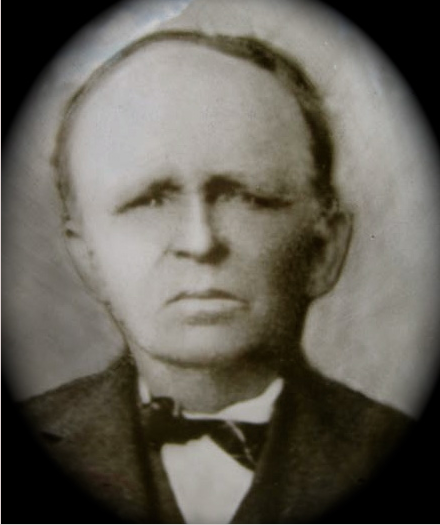 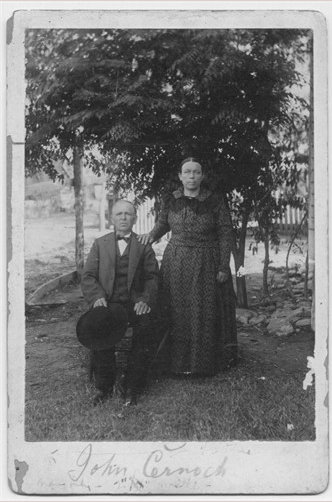 It also quoted his obituary. Weirdly, when I went to the database to search for it (the Weimar Mercury is available for free through the Nesbitt Memorial Library via Newspaperarchive.com) it did not turn up! I think the OCR must have had some problems, or something. Eventually I did find it by manually navigating to the reference on findagrave, and you can maybe understand a little bit why it did not show up in my search results: 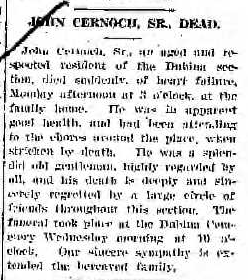 The next steps will be to find the death record for Barbora Petrová and the second marriage to Marianna Petrová. And since they are both Petrovi from Tichá (at least, I am pretty sure they are both from Tichá, but to be honest, that is relying on somebody else’s unsourced information which they input into Familysearch) – well, then how are these women related to each other? Did Johann Černoch marry cousins, second cousins, or something even more distant?

When did these people emigrate?

I would also like to flesh out the identity of this other Marianna Petrová. What happened to her? She probably married – who?

As usual, for every question answered, ten more are asked….