So far I have looked at two Slovakian records, both on FamilySearch. And both of them were cataloged incorrectly.

That is a lousy track record!

I’m looking for a birth in 1891 for somebody who lived in Čambalovci, so they probably were baptized in Rudina, Nesluša, Kysucké Nové Mesto, etc.

The Kysucké Nové Mesto records say they go until 1897 but it seems they only go to 1886. 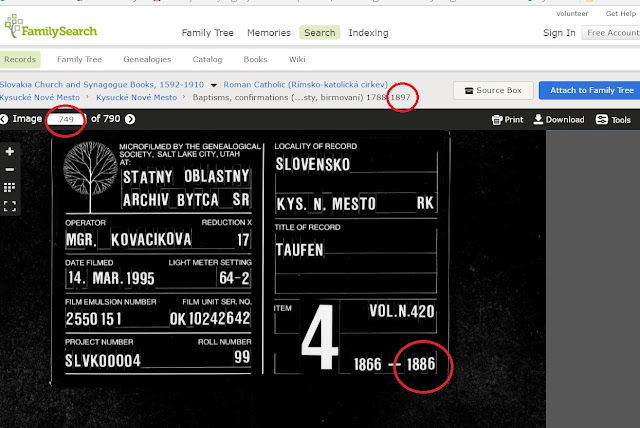 Actually, maybe it does continue on the next microfilm reel, but I really cannot figure out which one it would be…so that’s a problem. 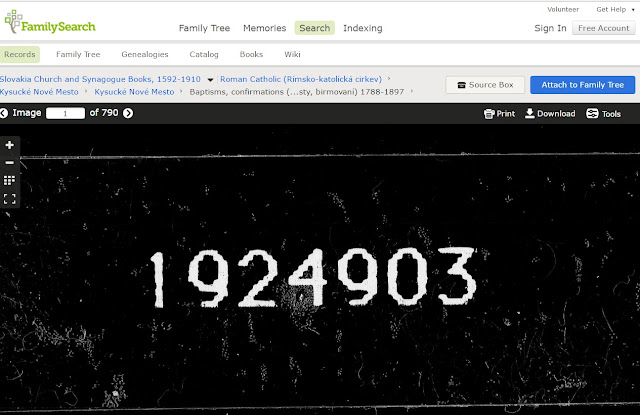 Here is the first image, which I think is the microfilm number. I checked all the other Kysucké Nové Mesto records and they either do not have an image like this with a microfilm label, or they are earlier. Who knows which village in Slovakia happened to be filmed next?! It would be like looking for a needle in a haystack. 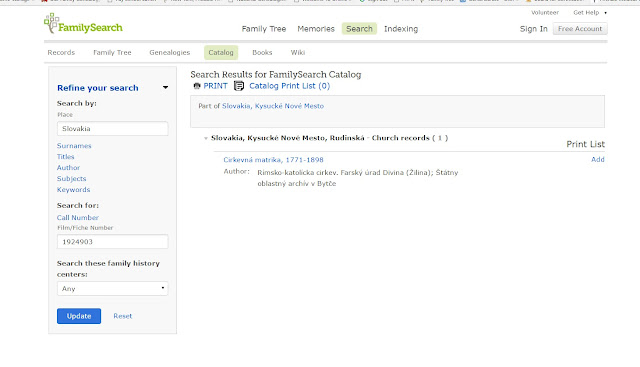 I had the idea that maybe I could figure it by looking at the microfilm numbers in the FamilySearch catalog, but it turns out that FS cataloging numbers are different from Slovakian cataloging numbers? I think? I’m really not sure.

But…can somebody please explain to me why in the world Riečnica is apparently part of this area, and not Rudina? I mean, it seems to me that Rudina would have its own parish, but apparently it doesn’t? Or didn’t? Or…is this just another example of mis-cataloging by the well-meaning (but sort of clueless) folks at FamilySearch? 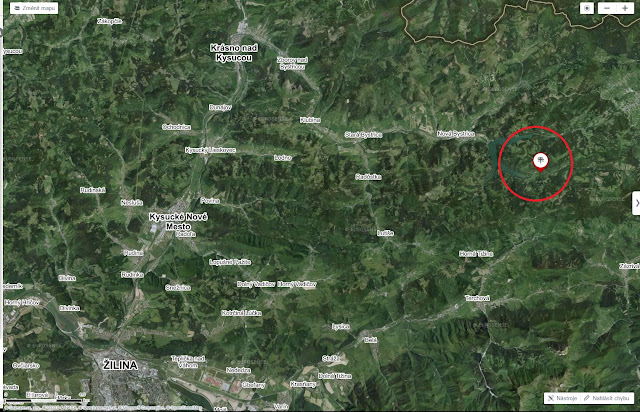 Apparently Riečnica is a town that doesn’t exist anymore, except as a historic tourist site. But it is really quite far from Kysučké Nové Mesto, in my opinion…hmmm. I wish I understood more about Slovakian research.

I always forget that Slovakia is really quite close to Czechia, and especially to my part of it. Really, as one of my friends reminded me recently, Central Europe is pretty small and close together. It’s important to remember that borders are really mostly arbitrary creations by governments, and that people didn’t always stay nicely and neatly within them.